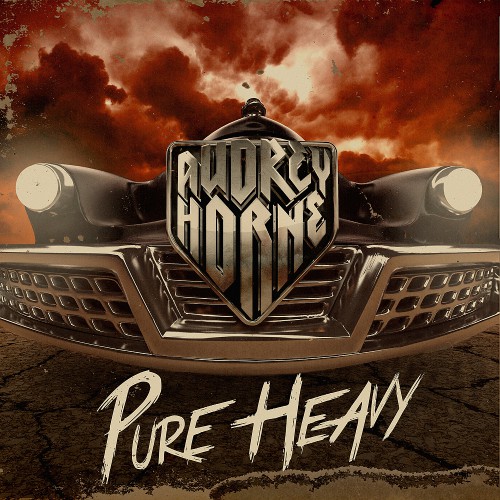 How did you enjoy your show?

It was very good, the audience, everything. We just played at Hellfest which is a lot bigger but for us on stage it was more fun here because that’s just how you feel as a band. At Hellfest, the time  schedule was tighter and everything was a bit more stressful, so then you go on stage and you feel like you are on a clock all the time. But here today it was very relax, everything is cool.

How do you experience the touring life? Is it hard sometimes or do you really enjoy it every time?

I enjoy it every time. Of course sometimes it’s hard because when you play every night, sometimes there are days that you just want to have dinner an go to sleep today, not going on stage. But when you go on stage, then you’re like “what was I thinking, this is way more fun”. So I always enjoy it. I like the whole comrade thing about it. We are really good friends and there’s a lot of humor when we are on tour, a lot of joking around, so I enjoy it a lot.

A hard rock band from Norway is maybe quite uncommon between all the typical black metal from there. What do you think?

It’s not really like that. If you are from Norway and know the music scene over there, there are a lot of really good rock bands working over there. But of course in the rest of Europe, we are more famous for the black metal scene, that more extreme metal scene. So a lot of people see us like we are this weird outsider band, but we’re not, there are a lot of bands like that. I think we got a lot of attention because of our connection to the extreme metal scene. So a lot of people who know that scene, they may not know that many Norwegian rock bands. It’s not really that far-fetched but then again, from what you know about Norway, it probably is.

I have to ask, the recent video clips with the puppets, how did you get this idea?

Normally we were going to use it today as well, but something was wrong, so we didn’t get any intro today, we were waiting and nothing happened so we just went on stage. But normally, we have used the theme from Muppet Show for many years. So when we were going to make a video for the first single of ‘Pure Heavy’, we talked about different ideas and then we joked around with the idea that it would be cool to have something Muppet Show-ish. We thought about that and then our manager found a company that made puppets that could resemble us. In Muppet Show there were always those puppets, but there was always a guest as well, like Frank Sinatra. So we figured that we needed not just puppets but living characters as well. So then we thought why don’t we use someone that people would not expect in our video. We know Johan from Amon Amarth for many years, so we called him and explained the idea. He’s a really cool and funny guy so he loved it. He spent two days or something in Berlin for shooting the video and the only thing that he got paid apart from his expenses of course, was just like they made puppets of us, a puppet of him and his wife who is also in the video. They got two puppets as sort of payment for that.

Why did you pick Johan for that?

He’s a good friend of us. When we first talked about it, our manager first came with the idea to ask Abbath, we know him as well and he would also be out of character. We talked about it but at that point we realized he was too busy, we thought about asking him and he would say yes but it would be hard to find the time to do it. Then we thought of Johan and that was an even better option because he’s so fucking big!

Probably a question you get a lot, but where did the band name come from?

Actually it’s a name of a person. It’s a character from a show called Twin Peaks. Before I started Audrey Horne, I was in a band called Sylvia Wane, that was a woman’s name but just a made-up name. So when we came up with ideas for band names, at one point the guys were like “you used to be in Sylvia Wane, that was pretty cool”. So after some discussion we eventually decided to go with this name because some of us like that show.

When you write music, does everybody bring in something?

That’s indeed the case. We do everything together and of course sometimes one person brings in a little more than the other but that varies all the time. We also split up all earnings equally, that’s the kind of band we are.

I was going to ask what your secret is for having such a stable line-up throughout the years, maybe that’s one of the reasons?

It indeed probably also helps with why we are still all together for so many years. But we are all very good friends as well, we share everything with each other, if there is a problem we tell it to each other and such, but we all get along very well.

Which bands or which music are you influenced by?

I would say early hard rock bands like KISS and AC/DC most probably.

What are the plans for the next years? New album?

Yeah, but nothing concrete yet. We’re now on tour and we have some ideas, but we’re working on it!