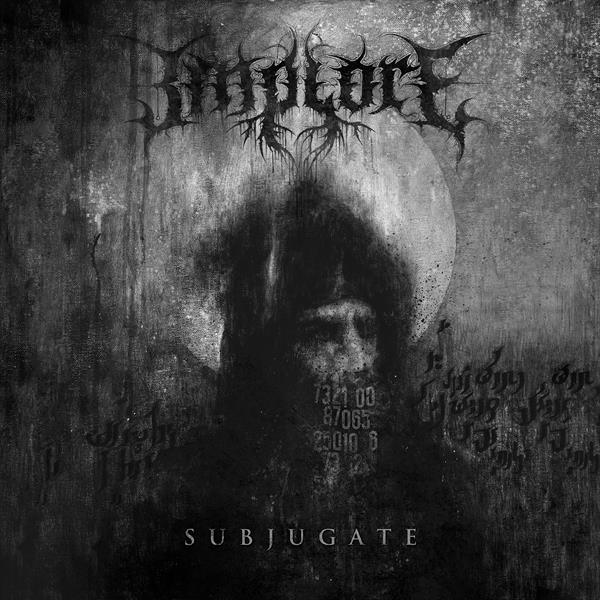 Subjugate comes 2 years after Depopulation. Have you gained much experience since that first album that you used for the new one?

Yes indeed! We evolved, we learnt and we applied the experience to be more effective in every way. We toured restlessly since Depopulation and I can feel that we are a band that goes secure on stage every night. Since Depopulation all the line up changed, and we are a band where all the members have the same goals and same sense of responsibility.

Can you explain us the title Subjugate?

Can we expect the same sound as before?

There is a clear evolution in the sound even though the production is very similar sound wise cause we worked pretty much with the same people. “Subjugate” has more variation of styles and more landscapes and textures. I believe on this album we went a bit further on the experimentation of sound and we basically let it flow as it came out. Came in a natural way and pretty quick, cause we write most of it in a month. We are happy with the outcome.

Where did the recording process take place? Same process as previous albums?

We locked ourselves in the mountains in Austria where the closest supermarket was 10 minutes by car, and we just wrote music all day. Old school way, buying a couple of drinks in the morning and jamming together, Depopulation was mostly written by the ex guitarist without much exchange of ideas, only some help here and there from me. Both albums are quite opposites in the process.

Can you tell us more about the artwork? I see various numbers on it, what do they mean?

There is a connection with the order of the songs and the numbers, also the meanings of the songs themselves. Let’s call it cypher system.

The album consists of many short tracks, raging from beginning to end. Did it grow like this, did you cut stuff out, how did it become like this?

We wrote 17 songs and 16 are released, 14 songs are in the album as main release and the digipack contains the 2 bonus. The extra song might be released next year but there are no plans yet.

Will you ever record/play a song that is longer than 5 minutes? :-)

Probably yes, we are not afraid to experiment, we cannot please everybody and we just want to please ourselves with our music, and we are lucky that some people like what we do, so the answer is a YES, there will be some day a long-ass song. Who knows when…

What I notice is that even though the majority sounds brutal death metal, none of the songs sound the same. How do you think you accomplished that?

We put special attention on giving each song a special character to stand out one from the other and I think we did it well. We needed an external opinion while writing it and that person was Markus who is now our second guitarist. We worked so well together that we didn’t want to end the romance there and we decided to keep going. We accomplished it working carefully and paying attention, that’s the only way to do it.

Which of the new songs are you planning to play live? Will you switch songs and experiment?

I guess we will give every song a chance to reach the stage and we will discard them as we see which ones work better live. We will keep playing 2 songs from each release probably and add new songs depending on the time we get on stage or depending or the crowd. We play from crust punk shows to brutal death audiences… So I guess we will try to fit the set list better depending the crowd.

How is the German Death Metal scene and where do you see yourself fit in it?

There are great bands coming out like Lifeless, Deathrite, Endseeker or Incarceration. Also the legends like Purgatory or Morgoth, Germany has a good tradition of metal and good reputation worldwide, I can’t really tell if we are part of the scene of death metal or grindcore or even punk… we play where the people want to see us and if the audience have fun with us then that’s the main achievement, regardless of styles and labels. Its music overall and we wanna deliver the best (worst) from ourselves on stage for 35 minutes.

Mainly tour, I hope we can reach the 10-11 months on tour, that’s our dream in order to do that we have to get the US visas approved and start getting offers. For now everything is being very slow, but we are slowly receiving offers for some festivals, hopefully we will get to play a good bunch of open airs next year. But yes, expect us near your town, wherever you live…