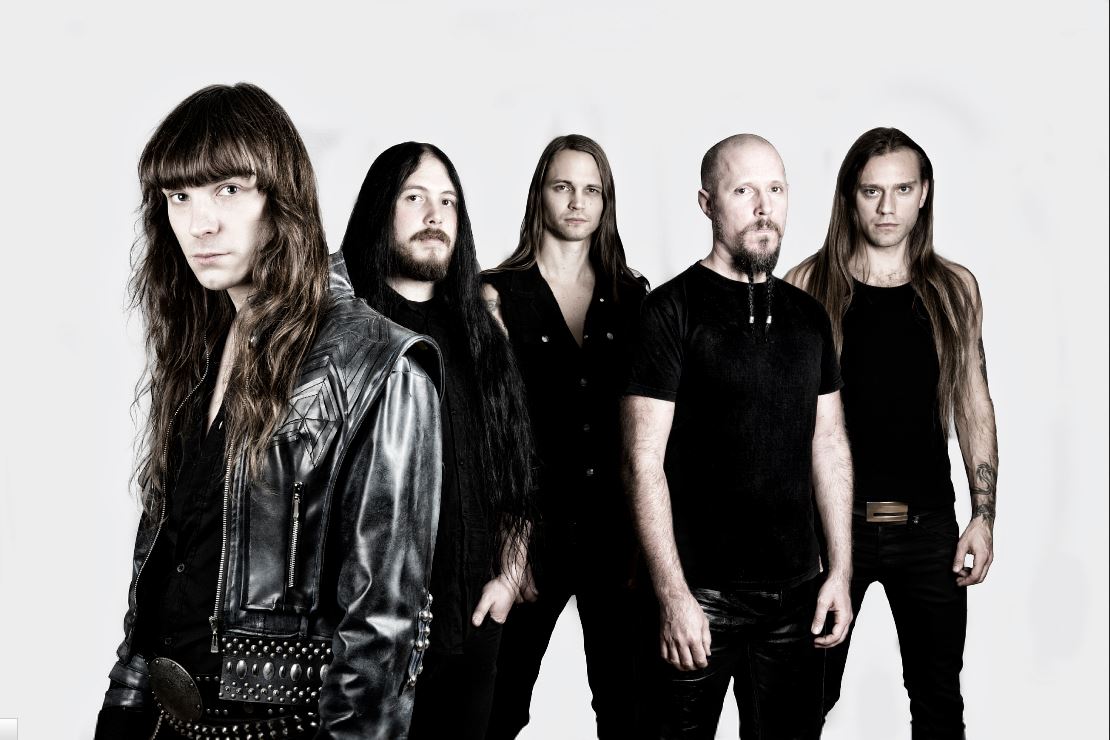 Where does the name ‘Lancer’ come from?

The meaning of the word is just a knight with a lance, a lancer. A really suitable name for a metal band. When we started the band in 2009 we had already been a cover band for a year, playing songs of Helloween, HammerFall and Stratovarius, but when we decided to make this band serious we had to come up with a great name for it. One day at our parking-lot Isak saw the word lancer written on a car that belonged to a friend of ours. We loved the name and still do.

Who is the main writer of the group?

Isak comes up with most of the ideas for new songs. I myself have written a couple of songs too, but Isak is the real idea breaker. Usually we write the songs at home and then bring them to the rehearsal room. Everyone is then involved in arranging the songs and add more ideas to make them even better.

Where did you find the inspiration to write your second album?

From all over the place. Anything in life can be an inspiration to write a new song. The lyrics are written entirely by Isak, and he writes about everything from social criticism to old Egyptian sun gods. The important thing is for the lyrics to have real substance and tell a story, and not only be about glorious warriors slaying the dragons.

Regarding the music we want to make a mix between ‘80s melodic metal like Iron Maiden and Judas Priest, and power metal like Helloween and Gamma Ray. But bring it up to date, and make it sound like our own music, relevant for 2015.

Is there a general theme for the album? Which one?

No there isn’t. It’s just supposed to be nine awesome metal songs. Maybe we’ll do a concept album in the future, but it has already been done so many times before so it would be hard to form it in a way that would be innovative. However, you can find references to the songs on the cover of the album. Perhaps the ostrich is the steelbreaker in the song, and the sun blast in the back could be Aton’s work. Look for more if you’re interested!

Is being in this band the only thing you do, or do some of you also have other jobs/ bands?

We all need to have jobs on the side. You have to be really really big to be able to live from your music nowadays. We are all working as music teachers on our respective instruments, except for Emil who is teaching Swedish to immigrants. Ewo is also involved in the black metal band Trident and folk metal band Fejd. 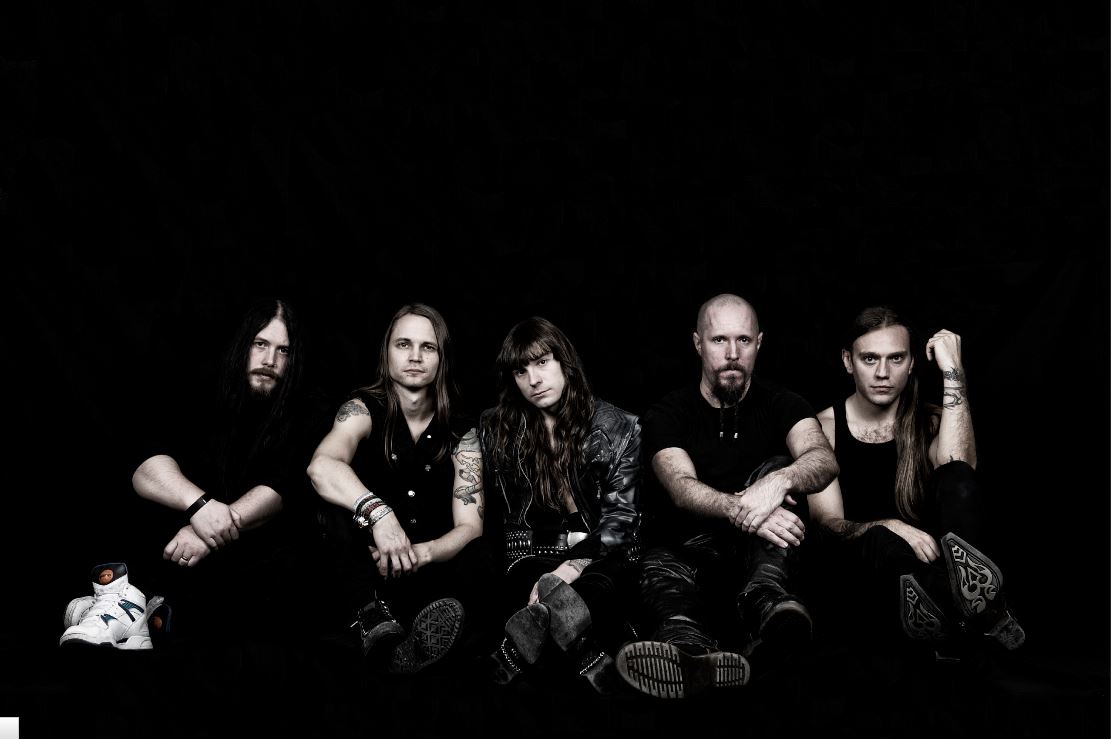 (for each member) what is your favorite song from the ‘Second Storm’ album and why?

Fredrik: I pick Iwo Jima for this one. It’s a really dramatic piece and I’m really happy with how the arrangements turned out, and Isak’s vocals bring the story alive.

Isak: I love them all equally much, but if I must choose I pick Aton because it’s the longest one.

Emil: I would say Behind the Walls since it’s the fastest one, and I just love playing it. Apart from this kind of metal I’m also into black and thrash, and Behind the Walls is without a doubt the most evil song on the album.

Sebastian: My favourite track on the album is without a doubt Behind the Walls. The topic of the song, the fast pace and its dark atmosphere makes it a treat both to play live and enjoy at tinnitus inducing volumes at the comfort of my home.

Ewo: Eyes of the Liar for its great guitar riffing and heavy groove.

Where did the ideas for the music video for ‘Masters and Crowns’ come from?

The story is about a blinded population that only follows the will of their leaders. The guys sticking their heads in the sand represents this, and in the other storyline scenes we see a guy that works until he drops and then just gets replaced by the younger generation. The band scenes were shot in an old factory. I think the whole idea came from the video producers at Lefvande Bilder.

What was the inspiration behind writing ‘Iwo Jima’?

As I said before, Iwo Jima is a really dramatic song reflecting the horrors of war. The battle of Iwo Jima was a topic that we hadn’t heard of any metal band writing about before. It’s not supposed to be glorifying at all, just to be a sad hymn for all the fallen soldiers on both sides.

On your website there is no upcoming tour at this moment, so I was wondering if you guys might consider giving us a sneak-peek or hint of possible countries you’ll be performing at.

We will do a couple of Swedish gigs this summer, and in the fall we are working on getting the band out into Europe. That is something that we have wanted for so long, to bring the LANCER storm to every metalhead out there!

Are you planning on giving a concert in Belgium?

In 2013 we played at Skullfest in Wervik. We love the Belgian metal fans, and we are definitely coming back as soon as we can!

And as final question: Are you considering on making T-shirts for female fans? I am prepared to buy one if you are.

We have female sizes already! Go to lancermetal.bigcartel.com and buy as much as you want ;-)

Thank you for taking the time to answer these questions, good luck with the new album and (hopefully) tour. A new fan

Thank you so much! Stay metal! 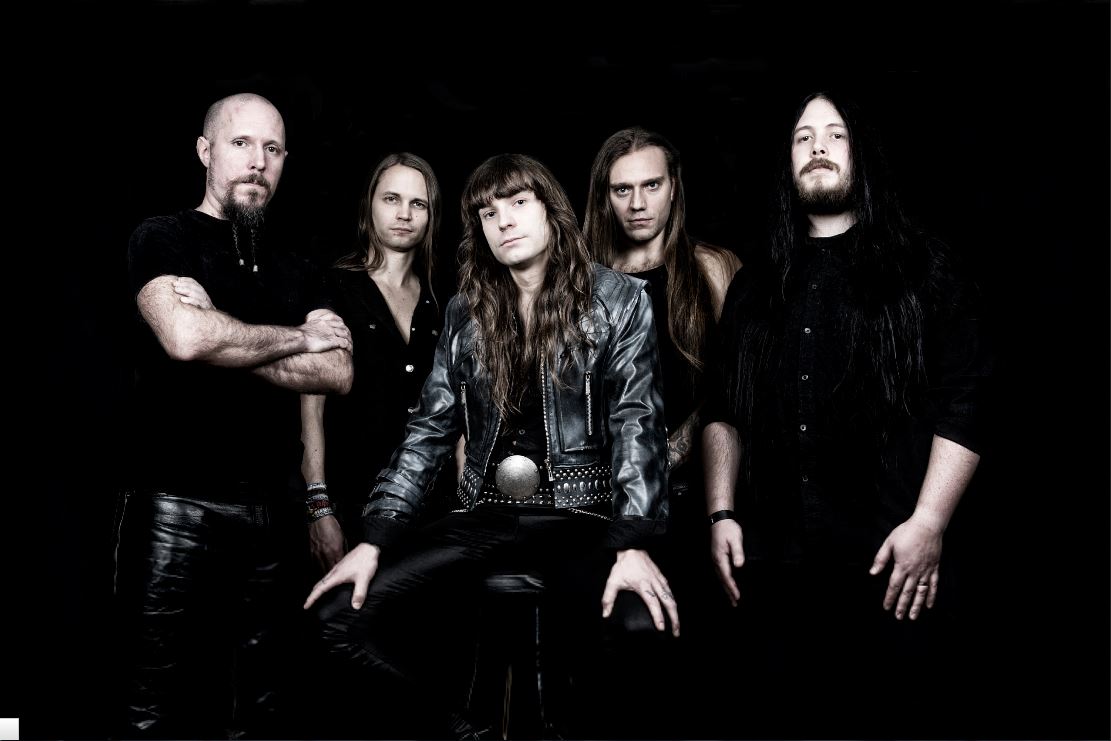