How are you doing?

Recently you joined the band, adding a permanent female vocal to the group. How and why was this choice made?

Actually if you’ve been looking at Serenity’s discography, since the second record they used to add some female vocal parts. And then on ‘Death and Legacy’ they welcomed three other singers, so very early in their career they started to flirt with the female vocal genre and they had guests on live shows. I had been contacted in 2011 to go on stage with them on the Out of the Dark tour and this went really fine, we had great feedback so the idea slowly grew up that first I was going to be a guest on the new record and then there were discussions like what about we make her a full member so that Serenity is something more than a general male power metal band. So that’s actually how it came up, very naturally.

And so you finally are here with them at the Metal Female Voices Fest.

What are your expectations of the show this afternoon?

Well, I had the chance to play yesterday so I’m so going to enjoy the stage because it’s a really fantastic stage and with the lightshow and everything. Everyone wants to have fun and do their best on such a stage and with such a great audience, too. Not everybody is going to know us, but the crowd here is meant to like the style, so we’re supposed to have a good time.

What do you think about this year’s line-up? Any bands you favor?

I love Tarja very much. I haven’t listened much to her new material but the last two ones I really like so... Unfortunately I’m going to miss her, because I have to leave tonight. For sure I’d love to enjoy Delain’s show again. In general I like this year’s line-up, there are a lot of new bands and it’s great for them because they are still newbies but they are definitely worth listening to. The female fronted scene is not dead at all!

War of Ages sounds like another improvement for the band. How were the reactions from the fans and the media?

We were astonished to get only very, very positive feedback. The comments were top, from every country. We knew we were very happy with the new material, the whole thing is coherent, all the songs have their own atmosphere, influences, little different ingredients that make them different. We were definitely convinced that we had made something of quality and then we were very satisfied of course.

Did you also participate in the writing process? Or will that be for the next album?

When I joined, a lot of songs were already set up so it was almost completely done and there was no reason to change those things, but there were some bridges where it was meant to have my voice there, then I was able to create a vocal line. I did rearrangements of choruses as well and things like that.

In what way does it differ from previous albums according to you?

To me it is difficult, I can’t be objective because it’s the record I’m singing on, haha! So for me it has a completely different taste than any other Serenity record which has no link directly with me. I think the band got even more maturity in the song writing process. I was happy to become part of it and follow the evolution of the music. It’s a bit darker than the one before and I actually like this better, I like darker music, haha.

What are the plans for Serenity both on short and long term?

Short term will lead us to April 2014 where we will have another headlining tour. We have a couple of festivals as well, it’s going to be announced within the next months. In terms of live activity, it’s going to go like we’ve been doing. And then on the long term we’ll definitely have to start working on a new record and this is going to be… Well we definitely have to see what we come up with in terms of music.

No we haven’t. It’s Thomas who starts with new ideas. We know he likes to do experiments, like with different sounds and different influences, we’ll see what will come.

To end this interview, how would you describe Serenity in three words?

There’s an adjective that a male singer likes to use, which is bombastic. I’m going to use that one with a smiley, you know :) Uhm, I would say symphonic, and uhm… Historic! Because a lot of what we write deals with history. Yes, that’s it!

Thank you for this interview! 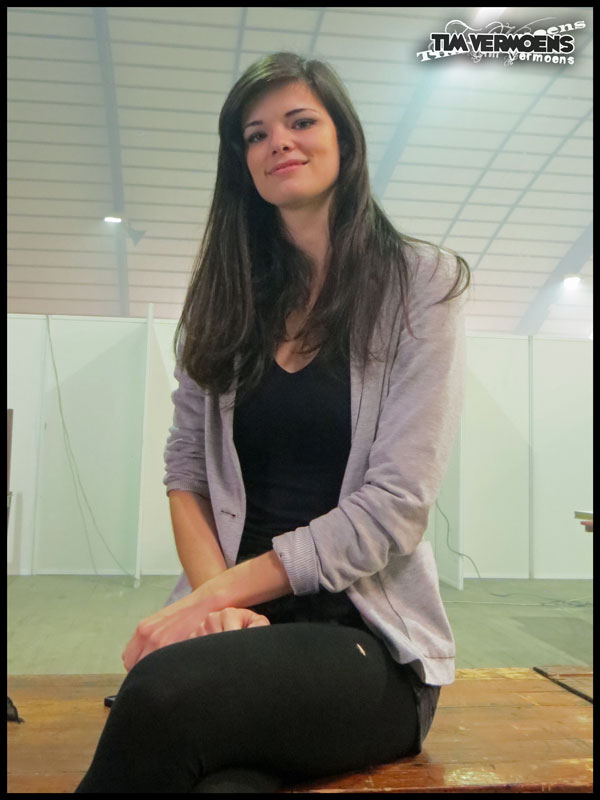