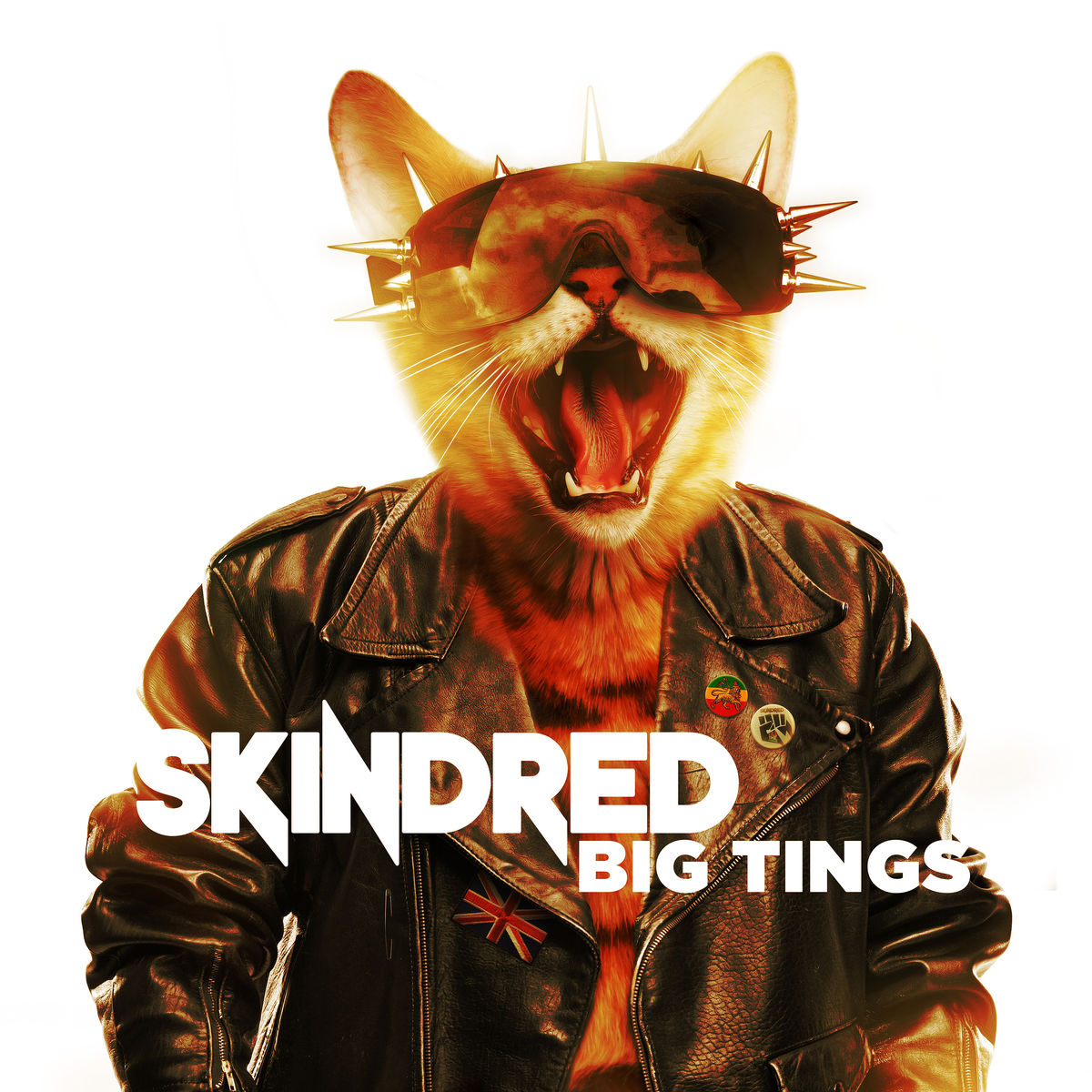 You played here 2 years ago and now you are back. Do you like Graspop?

Mikey: Yes, we played on the Jupiler Stage. Now it’s the Metal Dome, we haven’t played there yet. The first time it was the Marquee, you can stick us anywhere.

Have you seen the Metal Dome?

Daniel: Yeah, It’s going to be hot in there, roasting. It looks like a church doesn’t it, I think it’s pretty cool.

Are you looking forward to it? Will you play many new songs?

Mikey: We are going to play a couple of them, yeah. On festivals you must choose, I don’t want to say it like this, but the most known songs, things that you make videos for. We always try to get new people into the music. You want to play the songs that come up when the people search for you. We have 7 albums and that needs to fit in 40 minutes or so.

Daniel: We could also do the more obscure stuff, we should do that next time. The weird stuff that nobody has ever heard (laughs).

Can you explain the title of the new album, Big Tings, without the H in things?

Mikey: It’s a Jamaican thing, ting. With big tings we mean to say we have big ideas. Ideas we put together as a team. Big together, crowd and band, no separation. Everyone wants big things.

Do you think there is more room for your ideas compared to years ago?

Daniel: I think now people are more accepting bands that are different. I don’t know why, I think people get more bored these days.

Do you think the new album will attract more people?

Mikey: I hope so. We’re somewhere in between the line where we want to attract more people and giving the fans what they want. You don’t want to go too hard in that first direction. All my favourite bands took left turns, they all took risks. I wanted Big Tings to be a calculated risk. Do stuff that we may not have done, ideas that may have not happened fully on other records, but this time we managed to put it together. The last record, Volume, was a pretty hard record, probably the heaviest record that we’ve done.

Daniel: With this, you know, let’s do something different otherwise it gets boring. It’s important, it rejuvenates. It’s like being a new band again every record while keeping your identity the same, that’s the line. I think if it doesn’t attract new people, that also good, because then the old people like the record. And if they didn’t like it, they have 6 other records (laughs). They are not going anywhere, we’re still going to play Rat Race and Nobody and Pressure.

Mikey: When you have a new record out, especially in America, the singles go up the charts. We have been working over there so much and that’s bringing a new audience which is really cool.

Are you more happy with the result than with Volume?

Mikey: Yeah, definitely. I think for Skindred as a band, you play live and you want to see people dancing and singing. If you’re doing that, you’ve done something right. We’re happy then and if we look out and they are not dancing, they are singing and if they are not singing, they are dancing. It’s magical moments when they are doing both. I think Big Tings covers that.

Daniel: When you go see Skindred, it’s like a soundsystem. It’s fun, it’s involving, it’s a party. Benji is the ring master who gets everyone involved.

You guys are called ragga metal, an unusual name. How did this come to pass?

Mikey: Ragga rock, ragga metal, dog shit (laughs). I see ourselves as a rock band. I think ragga metal is something that is a double edged sword. When people put labels on something, it can turn a listener off before they even start. Sometimes it even says what you’re not and that’s the worst thing. We played metal festivals, we also played festivals that aren’t metal. We enjoy being able to do both. And if you are just a metal band, you couldn’t do it.

Daniel: What would you call Queen, one of my favourite bands? You’re calling them a rock band right? If I played you Take My Life Away for example, a ballad, that’s not rock. If you want to call us ragga metal or ragga rock, cool, but if you introduce us to someone else like I’ve got this new band, it’s ragga… What ragga, oh no. The rock is the bit that you need to listen to.

Mikey: I think what is best for us is to play in front of open minded rock fans. So Graspop is fine, you have here die hard metalheads, some are open minded, some are not, but that’s ok. That’s the whole point, you have to have that diversity. I wouldn’t call Guns ‘N Roses a metal band, but they are headlining a metal festival, you know what I mean? They are a rock band.Same for… well perhaps not, Ozzy. No, Ozzy is metal.

Daniel: Ozzy is the king of metal. So are Priest! But then you have A Perfect Circle, Hollywood Vampires, … all rock bands. Graspop Rock Meeting (laughs).

We have to round up now, take care!