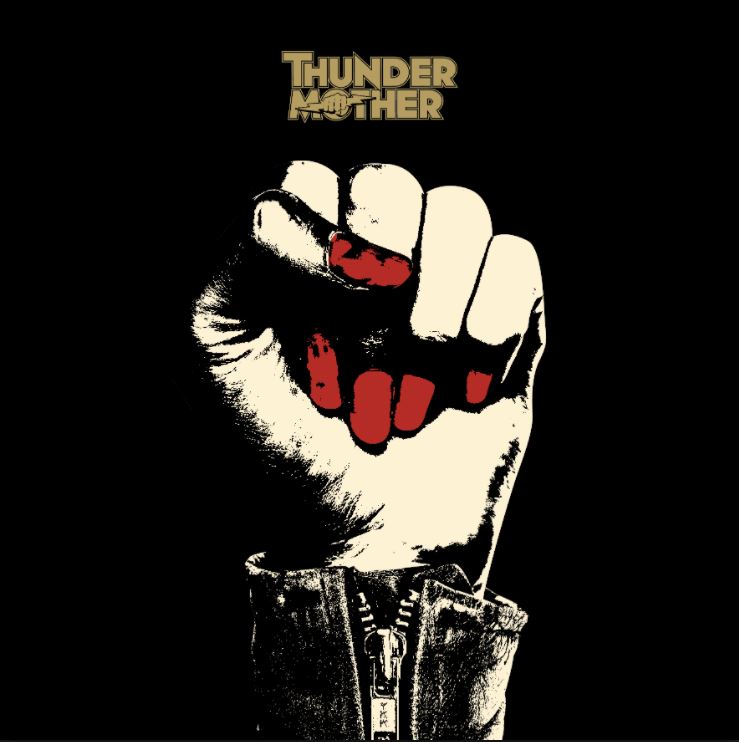 Last time I saw you was 2 years ago at the Alcatraz Festival. Now you are on Graspop as second band in the metaldome, how did you experience it?

Guernica: It was epic. There were so many people so early! We salute our fans for being there! We have the best fans and even the ones that just found out about us, these people are amazing. They came to our show early and they rocked out, it was amazing.

Filippa: Yes, it’s so nice how they decorated the stage. It looked like we were in a church.

Did you notice a difference compared to the last Belgian festival performance (Alcatraz)?

Guernica: This is a lot bigger and it’s a difference atmosphere. We admire how they work, they plan very well.

Last time in Belgium we had a very different line-up. 4 members left, 3 new ones joined. How is the band doing in 2018 with all the new blood?

Guernica: The new bloods, I love that. Last year was so crazy but we had so much fun. It was like being thrown into it, like a crazy rollercoaster. Now after the album I feel more settled. If you saw us last year, I think we did a good job, but if you see us now, it’s like a solid unit. You see how much fun we have together and understand each other better. I think that translates into how we perform. We just have so much fun together.

Did you know each other before?

Sara: Yeah, but we didn’t know each other very well. But now, this is our dream team, I’m right where I want to be.

Guernica: We became friends. There’s not so many females in the music industry so when I met Filippa and Sara it just clicked and we stayed in touch.

Filippa: And now we keep on having fun!

‘Whatever’ was the first single of the new album. Why did you choose that song?

Guernica: It’s a party song. We like what the lyrics are about, how it sounds, we like performing it. It’s like balls to the walls, I can’t really describe it, it’s straight in your face.

Filippa: We wanted that first song to be a punch in the face one.

Filippa: And it’s also very catchy, with a straightforward riff. Straight up your ass!

You are labeled as the female AC/DC, do you agree? Does that not take away your own identity?

Filippa: We’re proud of it!

If you are always compared, does it not take away your own identity?

Guernica: No, we just create our own, a new AC/DC .2. We create something new, if you listen to the new record, there’s an obvious evolution. I think that even though you can hear it very clearly, we still do our own thing with it.

When did you arrive?

Guernica: Yesterday, you should check my Instagram, just kidding (laughs).

Did you see Iron Maiden?

Guernica: yes, we saw it together, all of us. We were on the side but we saw them really well.

Guernica: They did a lot of cool stuff and I think it’s inspiring. They are older men, they look fit and good and they play awesome and they rocked the stage.

Filippa: We have a lot to learn.

How would it sound if you could tour with for example Airbourne?

Filippa: That would be epic!

Guernica: that would be so ridiculous, we love that shit.

Sara: It was around the time that we were founded. With the album Running Wild, I wanted to make that music.

Filippa: I wanted to do AC/DC on speed and that’s it.

Guernica: A tour with Airbourne would be crazy.

Filippa: We are very big friends, we know each other for a couple of years. Unfortunately we haven’t had the opportunity to play together.

Guernica: I think if that would ever happen, the fans need to prepare: drink a lot of water, it’s gonna get crazy.

Filippa: Airbourne just needs to suck it up and understand that we rock hard and should bring us as support. Shape up!

How is it to be an all female rock band?

Sara: We don’t see ourselves as a female band, you know. We are just persons playing an instrument, we’re just musicians. It’s a huge opportunity for us to be an all female band and conquer the stage.

Guernica: I think we can take advantage of it since we’re all so ballsy females. We’re not going to stop. We’re all women, but we’re going to kill it and get as far as we can. And we happen to be female, so fuck it.

Do you put some of that female power in the lyrics?

Filippa: Yeah, we don’t back down on our new album, it’s all about female power.

Do you experience gender differences in the music world?

Sara: I also find it a huge difference with my old bands. But when you get more professional, people tend to treat you better.

Guernica: That’s true. A lot of the time we are underdogs for no reason. But for me, being an underdog just gives me more energy, fuck you I know I’m great, I’m going to show it to you. But it happens, it does. Like “do you know how to take care of your instrument?”, really? You would never ask a man.

Sara: We always prove ourselves every time.

Guernica: We shut them up basically.

Filippa: Sometimes they don’t even understand that we are a band. They think we are the groupies, come on!

Guernica: We heard it yesterday. The guys were super nice but they thought that I probably could get anywhere with the way I look. And then I had to tell them and they had no idea and apologized.

What was going on on stage with the microphone stand?

Guernica: I always want a straight one, one with a round foot, so I can do my Robert Plant moves. I want to do my cool power steps but this was bullshit, plus I’m very clumsy so I can’t have those.

Filippa: Graspop is very concerning for everything, but they should check their riders. We were not happy with the rider.

Guernica: And the thing is, the mic stand is a huge thing for me. I need it for certain songs but I wanted to throw it away. I had like 3 meters of cord to walk around. I couldn’t do much but I was trying, doing my best. But like 3 meters, what the hell.

Guernica: Favorite countries? Let’s say it like this: we love Belgium, Germany even though I know they play against Sweden tonight in football… Germany has a big place in my heart, Spain as well. I would love to play America, South America is a huge dream, and Japan.

For Japan you’ll need a special edition of the new album, with bonus tracks.

Guernica: Yeah! We’re releasing a Spanish single soon so… Japanese why not.

Filippa: The song Whatever, we’re going to release it very soon in Spanish, sung in another language.

Guernica: I speak Spanish so…

Guernica: I’m born in Sweden, but I have Uruguayan family. That explains it!

Thank you for the interview!