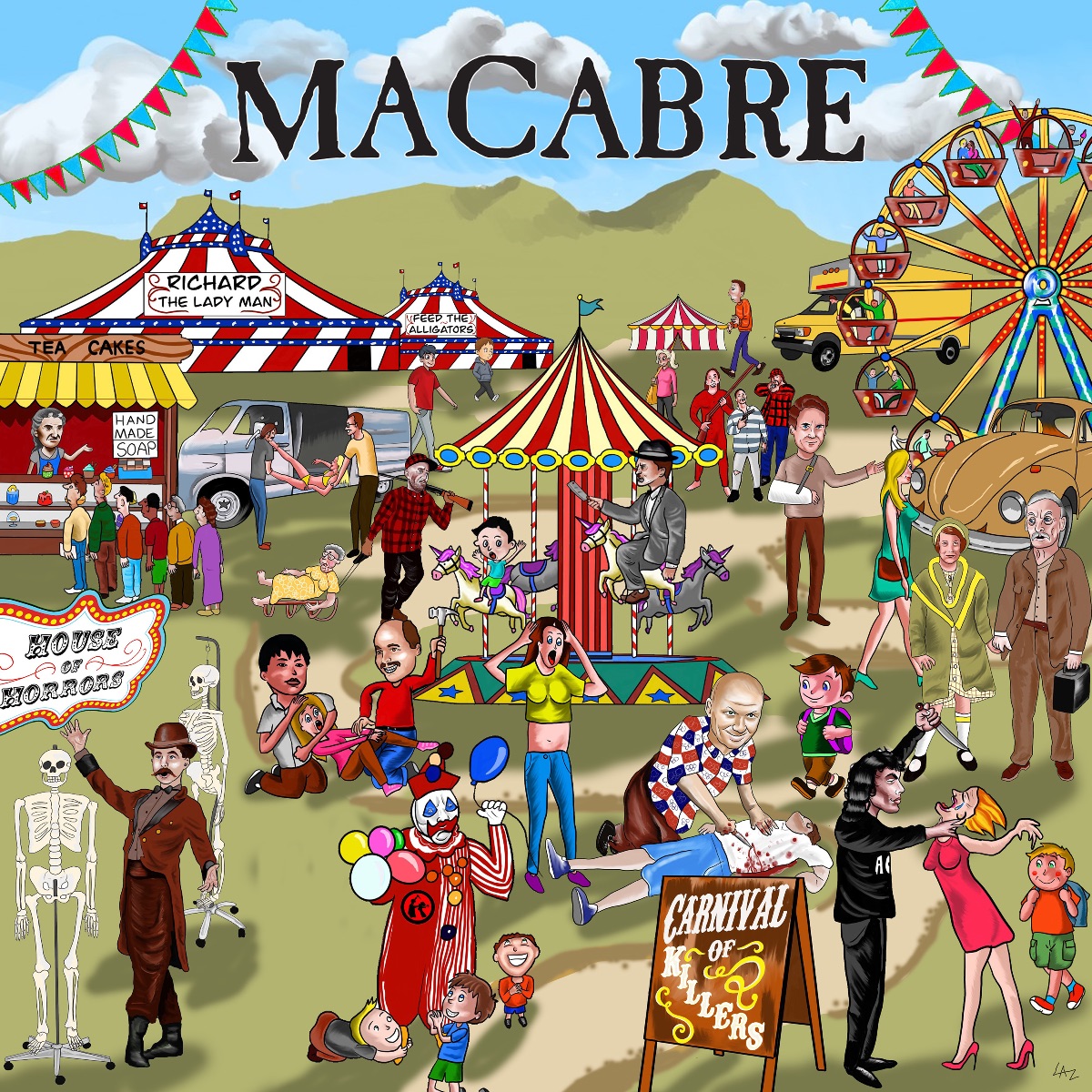 Come one! Come all, to the demented, heinous bloodbath of a murder metal circus that declares MACABRE's return; Carnival Of Killers. As the band's first full-length album in almost 10 years and just in time for their 35th anniversary as a band, "Carnival Of Killers" will be released on November 13th via Nuclear Blast Records. Van een persmededeling gesproken!

MACABRE's Corporate Death vertelt, "The Lake Of Fire is about the hidden bunker that Leonard Lake and Charles Ng had where they tortured and killed young women with tools and filmed it all.  Those were two very evil men so I thought the title was fitting!!! I started writing the chorus back in our Grim Scary Tales era and finally finished the song all these years later for the new album Carnival Of Killers. I hope you like it, I wanted a lot of variety on the new album, this is just a taste."